You’ve been waiting over a decade to see them come and now they finally will, Blink 182 comes all over Pechanga Arena on Tuesday, June 20th 2023. For a second night in San Diego this is no one night affair, Blink 182 have kept you all edging for a long, long time, and now it’s finally time for a release, so bring on that hard Punk-rock, with its throbbing beats, and sharp witty lines. This is going to be a huge come-back tour so grab on tight to some tickets and get ready for some pounding new music too! 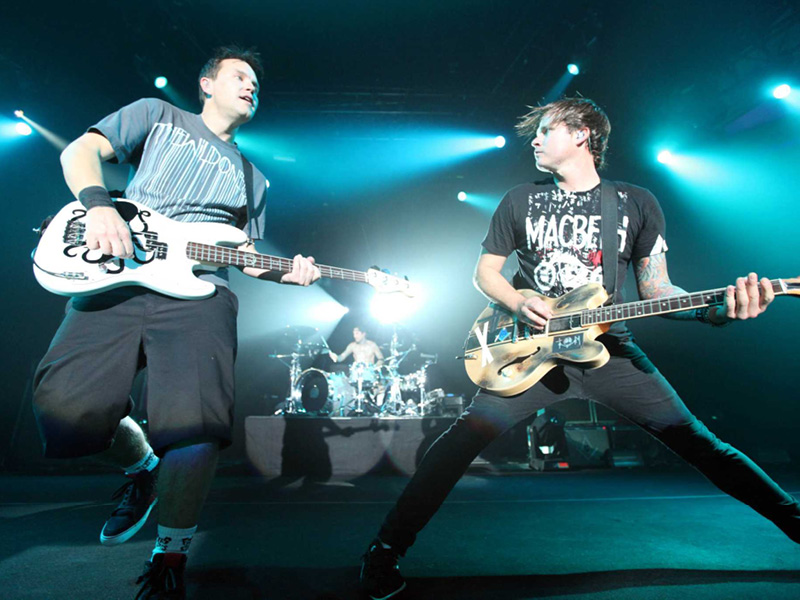 Yes, that sticky situation is almost over, as "Edging" the brand-new track from punk band Blink-182 was, at last, released on October 14, 2022 all over the smiling faces of the fans. The band are preparing their massive tour to celebrate their upcoming brand-new tenth studio album, and their first new music since 2012. "Edging" almost hit the spot on the Billboard 100 chart, coming in at number 61, just 8 places away from that coveted 69 position. The song however did score nicely on both the Alternative and Rock airplay charts, coming in at number 1 on both. NME dubbed the "belting pop-punk anthem" an ode to the "dissolution of a relationship."

The big boys of Blink 182 are all grown up now, after starting the band way back in 1992 in the town of Poway, California. They are two singers, Mark Hoppus on bass guitar, and guitarist Tom DeLonge along with drummer Travis Barker. They are credited with dragging the Pop-Punk scene by the hair into the mainstream, with their two major albums, Enema of the State, in 1999 and, Take Off Your Pants and Jacket, from 2001 accounting for almost 30 million album sales internationally and their huge hit songs, "All the Small Things", "Dammit", "I Miss You", and "What's My Age Again?" becoming MTV staples.